Power Book III: Raising Kanan is a prequel story that takes viewers back to the ’90s and the early years of iconic Power character Kanan Stark.

END_OF_DOCUMENT_TOKEN_TO_BE_REPLACED

Evil is a psychological mystery that examines the origins of evil along the dividing line between science and religion. The series focuses on a skeptical female psychologist who joins a priest-in-training and a carpenter as they investigate the Church’s backlog of unexplained mysteries, including supposed miracles, demonic possessions, and hauntings. Their job is to assess if there is a logical explanation or if something truly supernatural is at work.

END_OF_DOCUMENT_TOKEN_TO_BE_REPLACED

Billions is a complex drama about power politics in the world of New York high finance. Shrewd, savvy U.S. Attorney Chuck Rhoades and the brilliant, ambitious hedge fund king Bobby “Axe” Axelrod are on an explosive collision course, with each using all of his considerable smarts, power and influence to outmaneuver the other. The stakes are in the billions in this timely, provocative series.

END_OF_DOCUMENT_TOKEN_TO_BE_REPLACED

Chapelwaite follows Captain Charles Boone, who relocates his family of three children to his ancestral home in the small, seemingly sleepy town of Preacher’s Corners, Maine after his wife dies at sea. However, Charles will soon have to confront the secrets of his family’s sordid history, and fight to end the darkness that has plagued the Boones for generations.

END_OF_DOCUMENT_TOKEN_TO_BE_REPLACED

Ashes to Ashes Season 1 to 3 The Complete Series DVDRip

One of the best shows ever made! Ashes to Ashes has proved that it is an original and well written TV series. All of the characters in the show are fantastic and you instantly fall in love with them. The story arc is tightly woven and wonderful to watch unfold.

The series tells the fictional story of Alex Drake (played by Keeley Hawes), a policewoman in service with the London Metropolitan Police, who is shot in 2008, and inexplicably regains consciousness in 1981. The first episode of the series reveals that, in the present day, Drake has been studying records of the events seen in Life on Mars. Upon waking in the past she is surprised to meet the returning characters of Gene Hunt (Philip Glenister), Ray Carling (Dean Andrews) and Chris Skelton (Marshall Lancaster) all of whom she has learned of from her research, the trio having transferred from the Manchester setting of Life on Mars (Manchester and Salford Police) to London. Tension between Drake and Hunt is built through the unsatisfactory explanation of Sam Tyler’s absence, and the perceived underhandedness and shoddy work of Hunt in contrast to the methodical, ethical and thoroughly modern Drake. Continuing the theme of Life on Mars, throughout the series it is ambiguous to both Drake and the audience whether the character is dead or alive in the present day and to what extent her actions have any effect on events.

END_OF_DOCUMENT_TOKEN_TO_BE_REPLACED

Reelz’s two-part miniseries Barabbas is a rare refreshing take. Based on the 1950 Nobel Prize-winning novel by Swedish author Par Lagerkvist, it follows the story of Barabbas, the man the Bible says was spared by the crowds under Pontius Pilate’s watch, sending Jesus Christ to the cross instead.

END_OF_DOCUMENT_TOKEN_TO_BE_REPLACED

GamePlay The Story of the Videogame Revolution HDTV x264 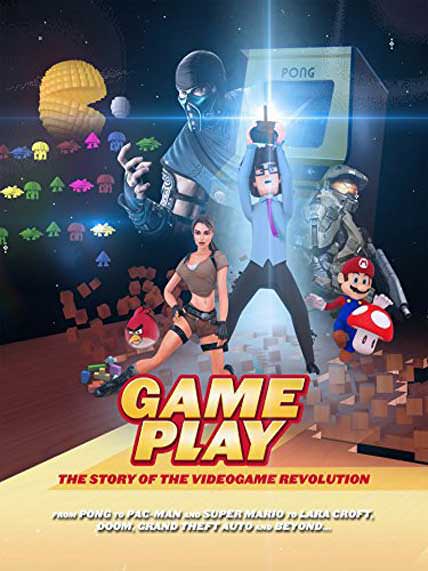 From “Pong” to “Pac Man” and “Super Mario” to “Lara Croft”, “Doom”, “Grand Theft Auto” and everything in between – it’s the story of the videogame revolution.

END_OF_DOCUMENT_TOKEN_TO_BE_REPLACED

Ancient Aliens explores the controversial theory that extraterrestrials have visited Earth for millions of years. From the age of the dinosaurs to ancient Egypt, from early cave drawings to continued mass sightings in the US, each episode in this hit History series gives historic depth to the questions, speculations, provocative controversies, first-hand accounts and grounded theories surrounding this age old debate. Did intelligent beings from outer space visit Earth thousands of years ago?

END_OF_DOCUMENT_TOKEN_TO_BE_REPLACED

Back to 1989 The Complete Series HDTV H264 with English Subtitles

Chen Che doesn’t know who his father was and the topic is a taboo in the Chen family. When an accident threw him back to 1989, a year before he was born, he gets a chance to find out himself. Before he could locate his mother, he first meets her best friend, Ye Zhen Zhen, a wholesome girl who helps him navigate the past while he helps her land big clients with his expert knowledge of stock market trend. Through her, he gets to know his younger, happier “mom” and the possible candidates for his father. He soon learns the reason his mother never talks about his father, and he is faced with a dilemma: He must choose between his mother’s future and his very existence.

END_OF_DOCUMENT_TOKEN_TO_BE_REPLACED

Jenn buys an old tape recorder, which holds a disturbing recording she suspects might be of an actual murder.

END_OF_DOCUMENT_TOKEN_TO_BE_REPLACED

Hannah Laing is a senior Police detective who is forced to make a terrible decision as her son Christian goes off the rails. With their relationship seemingly beyond repair, Hannah gets a chance at redemption when Christian becomes caught up in the investigation into the brutal murder of one of Hannah’s colleagues and their paths cross again in unexpected circumstances.