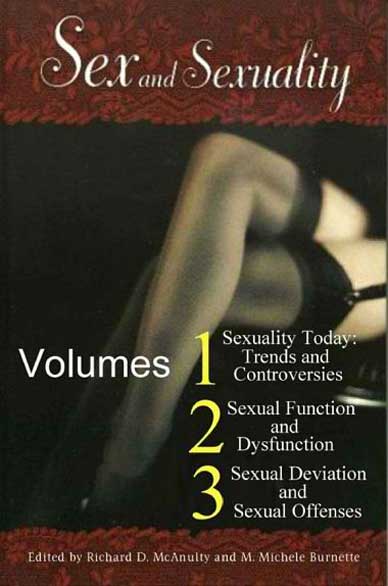 An unprecedented source of information about sex and sexuality at the start of the 21st century, these volumes include research, current events and new developments in subjects ranging from hypersexuality, sex for the aged, and sex therapy, to orgasmic disorders, sexual fetishism and sadism. Controversial subjects such as pornography, nude dancing and prostitution are explored, as are dysfunctions, from lack of sexual desire to gender identity disorder. Pedophilia and other crimes are also addressed. The remarkable team of contributing authors includes psychologists, sociologists, psychiatrists, medical doctors and public health officials. They provide fresh insights on sex in America today, on sexual development in childhood, midlife and the senior years, and on the influence of media and the family in the social construction of sex and sexuality. The books also offer insights into the psychology of sexual arousal and the effects medication can have on sexual function, and they shed light on such little-heralded studies as those on sex and race, and sex and religion.